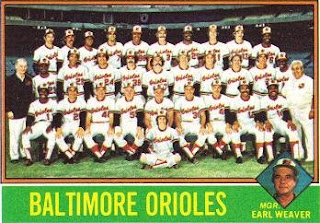 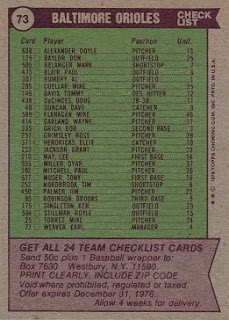 The Orioles were always successful in the 1970s, but won only one World Series (1970) during the decade. During the decade they won fewer than 90 games only twice, and they were over .500 both of those years. They won at least 100 games three times in the 70s and they went to the World Series all three of those years.
Earl Weaver was a heck of a manager who got a lot out of the teams he managed. He didn't always get along with his players, but he was very successful. The Orioles were probably at their least successful in 1976. Eddie Murray hadn't arrived on the scene yet, Frank Robinson was long gone, and guys like Brooks Robinson and Mike Cuellar were winding down. Baltimore still managed to win 88 games that year.

"The key to winning baseball games is pitching, fundamentals, and three run homers."