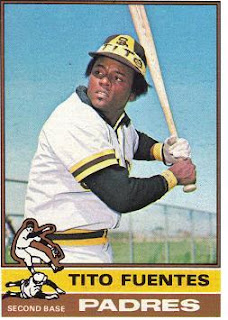 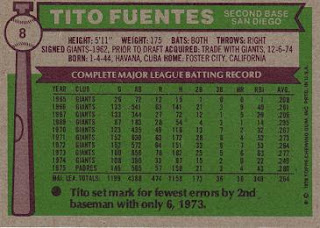 I like that "TITO" on his helmet. They probably didn't let him wear it during games.
He started off playing several years for the Giants, but bounced around a bit after being traded to the Padres before the 1975 season. Tito had a good year (probably his best) for Detroit in 1977, but he wasn't brought back. The Tigers had Lou Whitaker ready to go at second base. He played a bit with Oakland in 1978 but was released after hitting only .140.
The San Francisco Chronicle had an interesting article about him a few years ago. He's still doing Spanish language broadcasting for the SF Giants. He's living in Reno, NV.