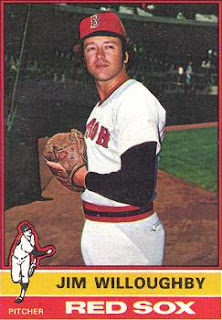 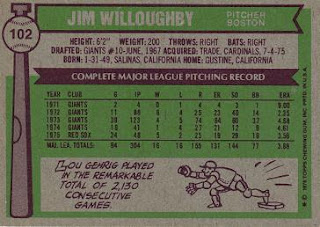 Jim Willoughby pitched mostly out of the bullpen for the Giants, Red Sox, and White Sox between 1971 and 1978