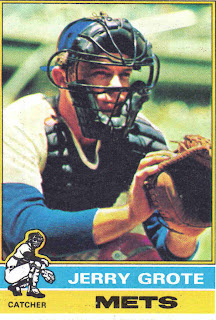 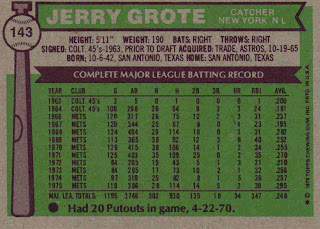 Joe Torre, on catchers: "Most people don't understand catchers. For example, Jerry Grote is a catcher who hits. Johnny Bench is a hitter who catches. There is a big difference." (August 1975)
Hall of Fame catcher Johnny Bench once said of Grote, "If Grote and I were on the same team, I would be playing first base."
Posted by Matt Runyon at 8:26 AM