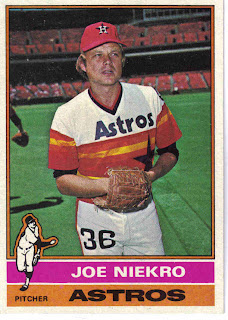 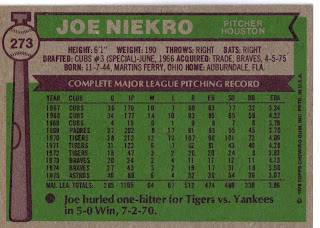 10. The emory board is a new super-grip popsicle stick.
9. I only used it to apply Vaseline to the ball.
8. I needed it to scrape dried wads of chewing tobacco off the bullpen telephone.
7. Delicate double-knit uniforms easily snagged on rough nails.
6. I was using it to make a statue of commissioner Ueberroth.
5. I used it as a bookmark for my dugout copy of Shirley MacLaine's autobiography.
4. Rules of fair play are for saps and squares.
3. I've been hypnotized by evil dogs.
2. It was all William Casey's idea.
1. I like to give pedicures to ballboys.

Here is a tribute to Joe Niekro: