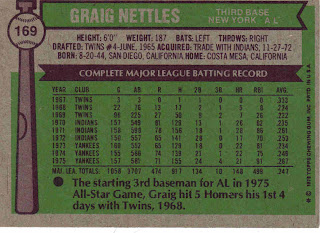 "When I was a little boy, I wanted to be a baseball player and join the circus. With the Yankees I have accomplished both." - Graig Nettles
Posted by Matt Runyon at 10:18 AM